Earlier today, Mayor Michael Bloomberg signed into law Int. 1047A-2013, a Local Law seeking to amend current administrative code of the city of New York as it pertains to the increased use of biofuels in city-owned buildings. After working closely with Councilmember Gennaro, the bill's lead sponsor and in cooperation with the Mayor's Office of Long Term Planning and Sustainability, including testimony from President Daniel Gianfalla before the NYC Council Environmental Protection Committee; UNITED Metro Energy Corp. is honored to have played a role in the enactment of Local Law 1047A. 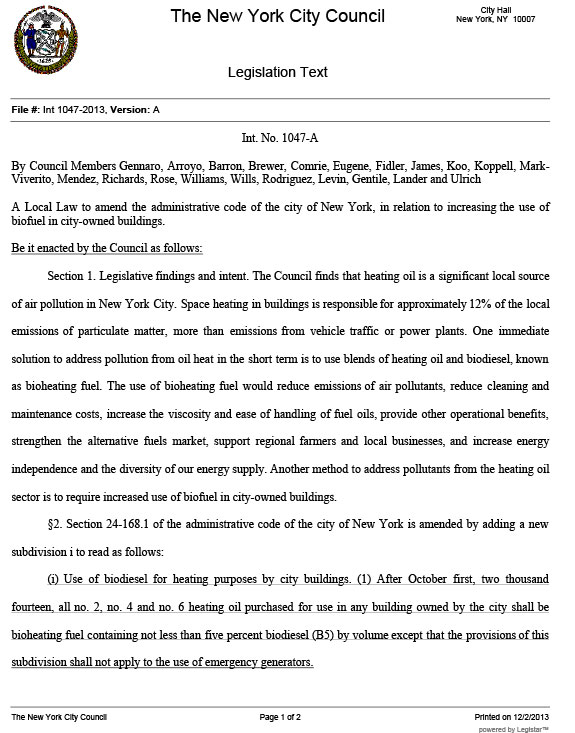